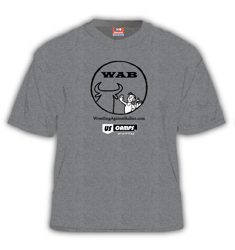 Wrestling Coaches
We can play a Big part in helping to support this campaign by getting our athletes involved! We can promote the anti-bullying message in a variety of ways. Our teams can do rallies, educate others, and on a particular match day, our teams can all wear the "Wrestling Against Bullying" T-Shirts.

Promoting and educating our fans and followers will help get the word out that the wrestling community and family will no longer tolerate bullying in our schools and communities. Wrestlers will take a stance against bullying!

Purchase a Wrestling Against Bullies Coaches Kit and educate your team to help STOP bullying!  Post a few WAB Posters up in your wrestling room and school hallways and have your team wear the t-shirts with pride!

Taking a Firm Stance Against Bullying 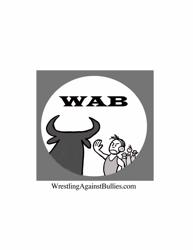 Bullying has become an unfortunate epidemic in this country, affecting thousands of innocent young people and their families every day, with painful and sometimes dire consequences. Bullying can occur on the school yards, hallways, classrooms, locker rooms, and now through social media websites (cyber bullying) and texting. But we can all make a real difference in combating this challenging problem in our schools and society today, by being pro-active and Taking a Firm Stance Against Bullying!

The WAB Education Guide Booklet  was designed to help wrestling coaches, parents and athletes learn how to take a stand against bullying in our schools and social environments. The booklet includes information and ideas on:

*What is bullying?
*What is a bully?
*Who are these bullies?
*What roles kids play in bullying?
*Who is at risk of being bullied?
*Where is bullying taking place?
*Warning signs?
*How do we prevent bullying?

The WAB guide also includes ideas and suggestions of what wrestling teams can do as a unified group to stop bullying, including campaign and activities.

Why Wrestling?
What better sport - than wrestling - could represent a positive image and establish campaigns to thwart off this terrible epidemic that seems to be prevalent in so many of our schools today.

Wrestlers are looked up to as strong and dedicated athletes that are humble and caring toward people. Wrestlers and the sport of wrestling can make a huge impact in promoting an anti-bullying message to prevent bullying.

The goal of US Camps is to help create a wrestling movement across our country, and abroad, that recruits age group wrestling clubs, middle schools and high schools to come together as a sport to STOP bullying! By unifying as a sport we can spread the word that bullying will not be tolerated in our surroundings.

Because wrestlers are strong individuals we have an obligation to help protect our fellow students and friends. The goal is for wrestlers and wrestling teams to stand up and really take a "stance" against this terrible reality.

Wrestlers and wrestling teams can take a calm yet strong approach in making it clear that the wrestling community will not tolerate bullying anymore. We can do this in a non-violent productive manner, promoting an anti-bullying message and preventing the act of bullying whenever we see it.

Let join together and support WrestlingAgainstBullies.com to make a huge positive difference in our society as we know it! Thank you! 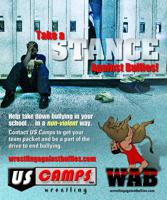 Here are some tips for our young people, parents, and coaches:

Kids/Wrestlers
If you see bullying:

Parents
If you feel like your child may be the victim of bullying:

Coaches
If you want wrestling to take a stance:

WAB Speaker at your school? 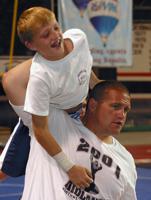 Steve Fraser and Rulon Gardner are teaming up to provide school, club, and event 'presentations' that not only tell their amazing wrestling stories of accomplishment, but motivate and inspire, while sharing the anti-bullying message to the young people in the audience. Wrestlers or non-wrestlers will be entertained and inspired to go after the wildest dreams while representing a healthy anti-bullying attitude. Listeners will gain ways and means to be successful in their personal quests and at the same time learn how to prevent bullying in their surroundings.

Invite one of both to inspire your team, school, or group!

Contact Steve Fraser at info@uscamps.net or call 719.332.8927, for more details and scheduling.

What is it with our society today? Can it really be true that bullying is epidemic across our great nation? The 2010-11 School Crime Supplement (National Center for Education Statistics and Bureau of Justice Statistics) indicate that, nationwide, 28% of students in grades 6-12 experienced bullying.

The definition of bullying is unwanted, aggressive behavior among school-aged children that involves a real or perceived power imbalance. The behavior is repeated or has the potential to be repeated, over time. Both kids who are bullied and who bully others may have serious lasting problems.

Please be clear that I don’t mean to suggest that wrestlers need to fight bullying with violence. I mean wrestlers should stand up and make it known that we will not look the other way. We will not be mere bystanders when it comes to bullying. What better sport could represent the effort of bringing awareness and solutions to the serious matter of bullying?

Even if a kid is not bullying or getting bullied, they may be contributing to the behavior. Witnessing the behavior may also affect the child, so it is important to learn what to do when they see bullying.

Here are a few examples of roles kids play:

For “Wrestling Against Bullies - Coaches Kit,” and more ideas and education, please go to wrestlingagainstbullies.com. 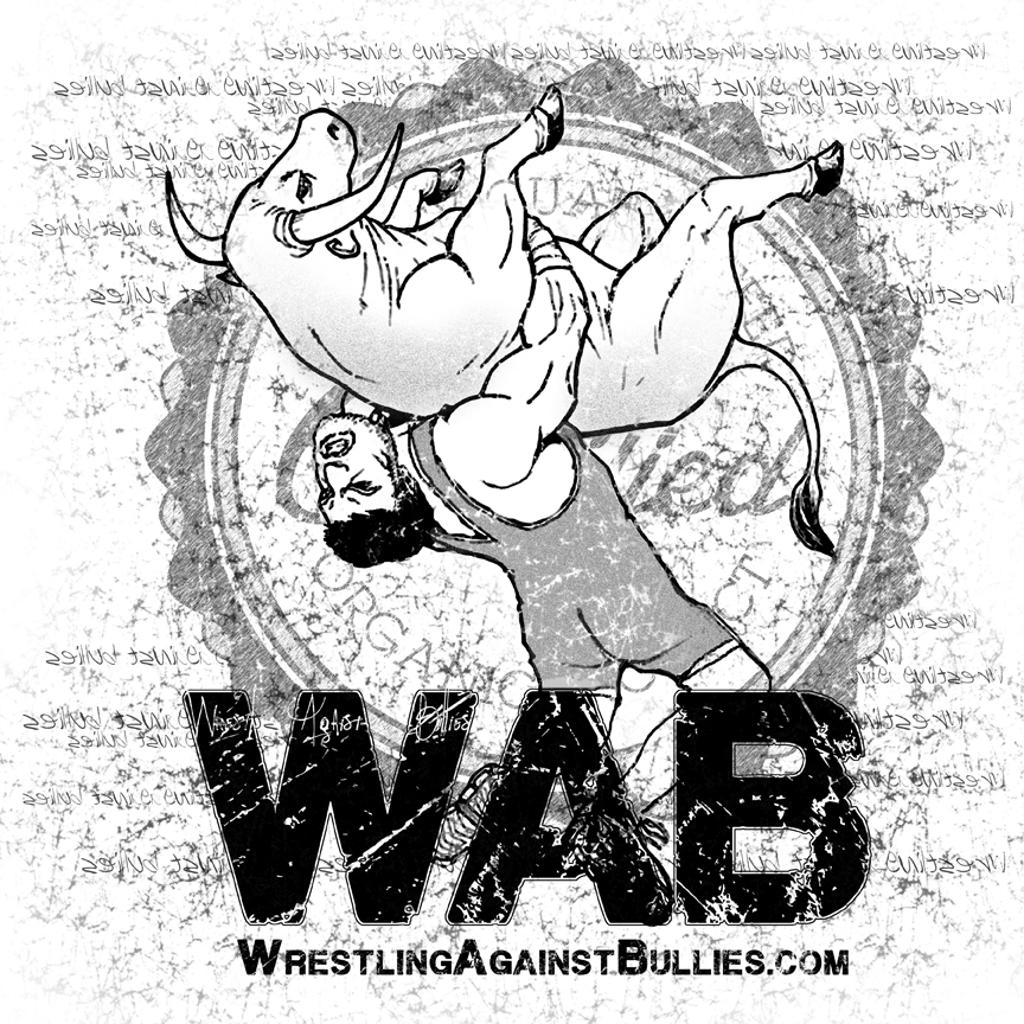